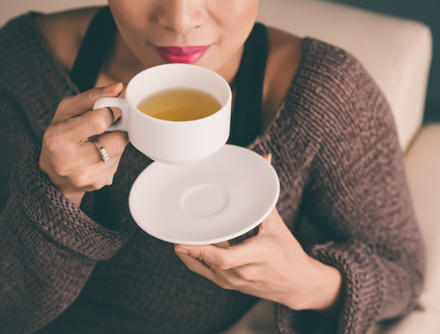 Most of the food we eat is turned into glucose, or sugar, for our bodies to use as energy fuel. The pancreas, an organ that lies near the stomach, makes a hormone called insulin to help glucose get into the cells of our bodies. When a person has diabetes, their body either doesn't make enough insulin or can't use its own insulin as well as it should. As a result, sugars build up in the blood.

Diabetes, a health condition ‘coined’ glucose metabolism by doctors, is becoming increasingly more common throughout the world, due to increased obesity - which can lead to metabolic syndrome or pre-diabetes leading to higher incidences of type 2 diabetes.

Blood glucose control following a meal (post-prandial) is important for the prevention of diabetes.

Developing research in the form of a few large cohort (group) studies has shown that drinking one to four cups of tea daily may potentially help reduce the risk of diabetes by improving blood glucose control.  This is possibly due to the bioactive compounds in tea, polyphenols. Intervention clinical trials are now needed to confirm the relationship of tea in helping to manage diabetes risks.

“The average cup of tea contains less than half the level of caffeine than coffee.”